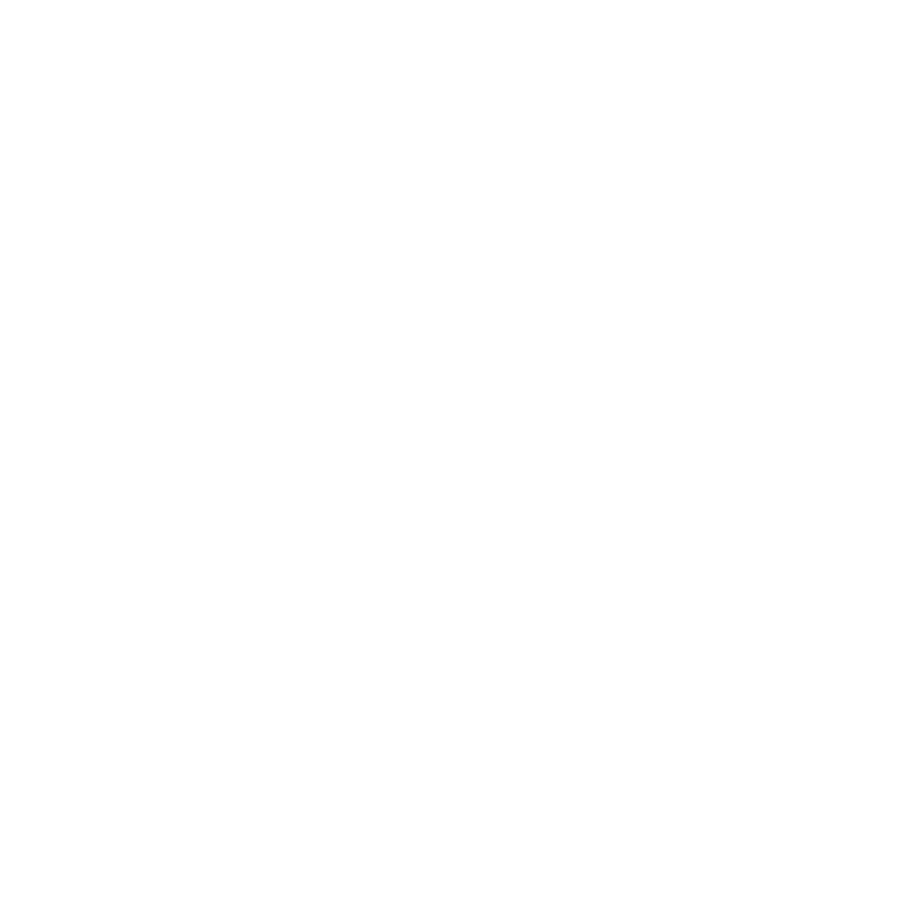 The time has come to bid farewell to 2019 which in the eastern astrological tradition came under the sign of the Yellow Earth Pig.

The key word for 2019 is uncertainty and it has made itself felt in politics, in our personal lives and the professional sphere. No doubt many found that things they started had to be postponed or ended up being very drawn out, and that dealing with the mundane issues of everyday life seemed to take forever.

Responsible for this were Jupiter and Neptune, the two most important planets of the Solar System. A conflict between these two giants is one of the most tricky aspects of the astrological skies and they were in conflict throughout all of 2019.

A Jupiter-Neptune conflict tends to bring fraud, incorrect or intentionally falsified information as well as indecision.

«Brexit has been the most visible scenario on the political stage. Would Brexit actually happen or not?

The situation appeared to sway in one direction and then the other with any ultimate decision being postponed until 2020. Many people in this outgoing year have found their personal lives affected by the same element of uncertainty. On the one hand, a situation might have required that a decision be made and on the other hand, it has not been possible to make a decision for various reasons that have not always been clear.

However, on the first New Moon of 2020 which will be in Aquarius on 25th of January, the Yellow Earth Pig will finally wag its tail at us and depart handing over the reigns of power to the White Metal Rat.

Readers of my book "Complete Horoscope 2020" are asking me how it is that a difficult period can be indicated for the majority of signs for the second half of 2020. Surely this doesn't usually happen?

In this case, 2020 is an exception to the rule. The year 2020 will set the stage for significant astrological cycles responsible for powerful social, economic and political forces and these energies will serve as the main drivers for events in the second half of the year. The main astrological event of 2020 will be the first conjunction of Saturn and Jupiter in the sign of Aquarius on 21st December.

THIS IS WHEN THE RENOWNED AGE OF AQUARIUS WILL FINALLY BEGIN.

In astrological terms an Age is a huge period lasting for 2,160 years and is determined by the transition of the earth's axis from one zodiac sign to another.

The past twenty years have been hectic and they have also served as a preparatory stage for the adoption of the new rules of the forthcoming age and 2020 will mark the final year of the outgoing Piscean Age.

THE YEAR 2020 WILL BE A DEFINING YEAR FOR HUMANITY. IT IS A YEAR THAT REPRESENTS THE SUMMING UP OF THE PAST AND THE ESTABLISHMENT OF A NEW ORDER.

The year 2020 can roughly be divided into two very different periods.

THE FIRST HALF
The first half of the year, the period from January to June, will be a relatively
calm time when many of us will be successful in realizing our dreams and putting concrete plans into place.

THE SECOND HALF
The second half of the year from June onward will be much more difficult as the warlike planet Mars will come closer to Earth in the sign of Aries, where it is incredibly powerful. The most unsettled period will be the autumn months – the second half of September and into October and November.

During this time, many will find that the problems which their country is experiencing as a whole are affecting their own fate and professional activities. The stars, therefore, would suggest preparing oneself for potential financial difficulty and frustration during the calmer months of 2020, that is, between January and May.

With all this in mind, it is natural that this should be a turbulent time. Old economic and political systems will continue to break down. New countries will rise to a position of domination taking the place of others. This process is already taking place and come 2020, it will be plain for all to see.

«But no system will give up without a fight. The resistance of the old world will be stubborn and belligerent but ultimately futile as the year 2020 will put paid in a powerful way to the old political world model as well as everything that has already exhausted its usefulness. We are already seeing signs of conflict between
the old systems and the new. Hong Kong, Chile, Lebanon and the yellow vests movement in France are among the most evident signs of a new societal trend and it is highly likely that protest movements will become more intense and more frequent. In general, the world is going to become more multipolar whereas in the recent past it has been unipolar.

JULY - DECEMBER
The peak of wars between supporters of the old and the new order will culminate in the second half of 2020, the period lasting from July to December.

AUGUST - OCTOBER
Equally, the period between August and October may herald a huge, global economic crisis that will affect all countries throughout the world.

In this same period, we may witness peace agreements breaking down and active military hostility in hot spots around the world.

In 2020, there are six eclipses, whereas most years feature no more than four.
It is to be expected that a greater number of eclipses occurs in years that are set to define the development of events for many years to come.

PERSONAL LIFE
Love is not cancelled just because there is a crisis. There is reason to hope that while humanity exists, love will live on and in this regard, 2020 may turnout to be a surprisingly interesting year.
Many will make unexpected decisions that have long been put off "till later".

Unstable unions are likely to fall apart and relationships that have been facing difficulties may find that any unresolved issues become amplified now to the extent that they are impossible to ignore and in this regard, the second half of 2020 will prove to be the most problematic. Couples bound by sincere, genuine feeling, however, may find themselves taking their relationship to a new level by deciding to move in together or getting married.

That said, in the next few years, the very institution of marriage may come under serious review. In the Aquarian Age, marriages will tend to be built not on the basis of a stamp on a marriage certificate or material values but on love, equality and spiritual unity. "Guest marriages" will see increasing popularity and women are likely to gain complete independence.

Gender roles and differences are also likely to continue to blur as Aquarius is a sign associated with androgyny. And whereas some signs of this trend are apparent now, in the near future, over the next decade or so, it will be become quite blatant.

Children born at the end of 2020 will show unusual abilities; the skies will grant them the talents of scientists and inventors and with time they will become true initiators of progress in their chosen fields. These will be the real Indigo children - clever, spiritually developed, talented and honest.

CLIMATE
Climate A shift in astrological age equates to
a shift in climate and the climate will be changing everywhere. Mars in the fire sign of Aries in the summer months may stimulate large fires in Russia and other countries.

The three summer eclipses may portend natural disasters around the world. In this regard, the Solar eclipse of 21st June 2020, which according to ancient texts threatens harmful atmospheric precipitation (floods), is especially significant.Countries whose borders are on a coast would be advised to take precautionary measures in particular America, England, France and Spain. In Russia, there may be repeats of floods and forest fires the like of which we have seen before.

In mountainous landscapes earthquakes are also a possibility in the second half of 2020.

Despite it all, this is not a forecast to predict an apocalypse. This will not be the first time that humanity has experienced periods of intense upheaval and we will cope as we always have done and more and more people will start focusing on ecological concerns.

FASHION
With the three most important planets in Capricorn, designers will be impelled first and foremost to focus on the colour black and classic combinations with white. A secondary place will be occupied by shades of grey with dark-blue and dark-green colours also getting a look-in. Leather will make a comeback and classical suits and retro outfits are likely to be popular again.

DISCOVERIES
Towards the end of 2020, we will be seeing the first inklings of innovative modes of transport which by 2025 will have become firmly integrated into our lives. Digital technology will flourish and the world will become even more virtual. There may be significant discoveries in medicine including a new cure for cancer. Likewise, important discoveries will be made in IT and the space industry.

Cryptocurrencies have a promising future. These will be adopted by many countries and over time come to replace our existing money, similar to when plastic bank cards replaced cash.

HEALTH
Mars in Aries is responsible for all ailments associated with the head, so people who suffer from this kind of health issue should be especially mindful to take good care of themselves.

The combination of Jupiter, Pluto and Saturn in the sign of Capricorn can provoke various skin-related illnesses as well as problems with the musculoskeletal system, bone structure and spine.

The number of people affected by cancer will increase, so make sure you take the time to attend regular checkups with the doctor as cancer can only be cured when caught in the early stages.

THE WORLD STAGE
The years 2020 and 2021 are crucial for all humanity. Unrest in the countries of the European Union will intensify as these populations come to understand that the position of the political elite fails to represent the interests of the majority. EU residents will face a fall in standards of living which may spark demonstrations and strikes in France, Germany and Spain.

The situation in England may become highly unstable and the United States will not be exempt from crisis either which will be economic as much as a political in nature. It is likely that the situation surrounding President Donald Trump will become even more complex. The confrontation between Trump and
his opponents will intensify, and discord among the American elite could culminate in a crisis capable of rocking the entire system. This in turn would cause the value of the American dollar to plummet. It is probable that the dollar will begin to fall by 2021 and continue to decline.

The United States and China are unlikely to find a common language and I fear the trade war between these two great powers will continue and in the longer term, China may come out tops.
I do not want this article to sound too pessimistic. Yes, the coming year portends a time of change and change often comes with difficulties — something we all know from personal experience — but this is not meant to be an apocalyptic forecast.

The first half of the year is actually quite a positive period, so we will all have time to prepare for any possible challenges. As the saying goes, "Whatever God does, it is always for our own good" and I firmly believe this to be true. I also believe that we, as a society, will become better, freer, more intelligent and more independent in the Age of Aquarius. I look forward to seeing how the situation in the stars will play out on Earth in 2020. And finally, I wish everyone much patience and peace and harmony to Earth!
Previous
Interview for Stolitsa News Radio
Next
We and our zodiacal connections
Made on